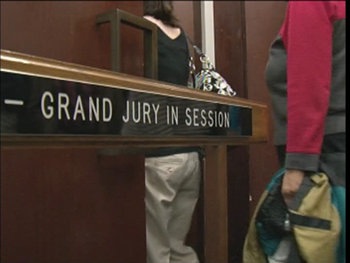 If your case receives a True Bill vote from the Grand Jury, you are indicted on your felony charge, and you will receive notice of a first court date in the mail at the mailing address you provided to the police agency upon your arrest. Generally, your first court date will be 30-60 days after your case True Billed or Indicted.

When you are arrested for a felony in Collin County your case will be presented to a Collin County grand jury to determine whether or not the felony charge filed against you by the police agency will be filed with the Collin County District Attorney’s Office. The grand jury is comprised of 12 Collin County citizens that are summoned and qualified to serve.

In 2010, I began working as a Collin County Grand Jury criminal lawyer as part of my private practice. I defend my clients at Collin County grand jury proceedings by submitting written packets and producing witnesses and defendants. I noticed immediately under the current administration several issues:

Your Grand Jury packet must be started immediately after your arrest so please do not wait to call me. Please contact me today for a free consultation to evaluate your situation and see if a grand jury packet is what you need.

Contact Us
Practice Areas
Criminal Case Results
No Bill/Not Guilty Proven Results
DismissalFocused on Details
Reduce ChargesThinking Outside the Box
Decline to ProsecuteGet Started Now
Client Reviews
★★★★★
Casey provided great advice on how to navigate through the legal system. As a former Prosecutor, she was able to let us know what the process is on the prosecution side. I believe having both knowledge of the defense side and the prosecution legal system got our case dismissed. The advice she gave on creating a packet for the grand jury helped our case and got it dismissed. I highly recommend hiring Casey for her work and advice. RP
★★★★★
Casey Davis is by far one of the best attorneys in the DFW metroplex. Mrs. Davis was very professional and courteous in handling my both of my cases. She was able to have both of my cases thrown out (No Bill) because she was well prepared and informed. Casey services are very affordable and she will fight for you with an aggressive and passionate spirit. I would recommend Casey Davis to anyone that is looking for JUSTICE and RESPECT. Cornell
★★★★★
Casey is an exceptional lawyer. She is there to work with you and hear your side. She is understanding and utilizes all her resources. She takes the facts and uses them to your advantage. She wants to help you win and gets it done! I can not praise her enough. She took charge, always communicated what was happening, and cleared all the wrongful accusations that were made against me. Michelle
View More
Submit a Law Firm Client Review
Fighting For Your Best Interest

With vast experience prosecuting and defending crimes, Casey Davis Law has a proven track record of securing dismissals, grand jury no bills, not guilty verdicts, reduction of charges and agreements on declining to prosecute. Contact Casey today to discuss your legal options and get help with your case immediately.